Eric brings his magical orchestra to life using cunning instruments and ingenious inventions. Watch as a humble carpet and Parisian style transforms the street into a wonderland of sound.

Eric Tarantola plays his extraordinary instruments: a sauce pan drum set, an old patched trombone, the “Clock Thumb Piano” and the “Guitanjo” combining a guitar and a banjo. All these instruments are masterfully blended by loop machine and fx pedal to create audio magic.

With these unique instruments and his individual musical style Eric creates a playful universe. The imaginary orchestra is the meeting point between circus and music. Tarantola weaves his rhythms and melodies like a true maestro capitvating both ears and hearts. 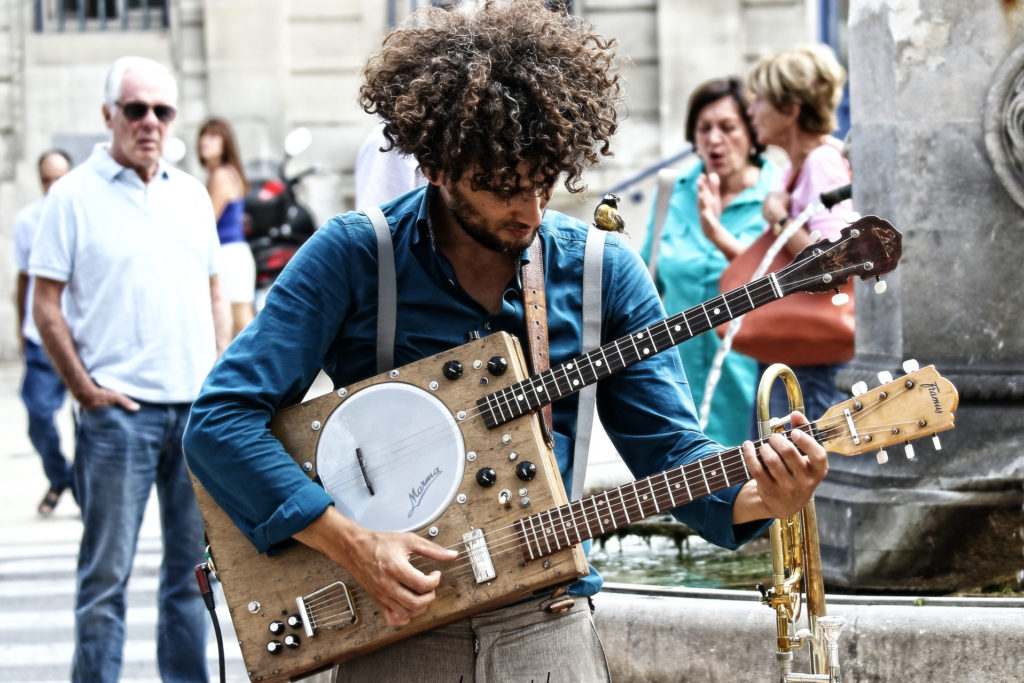 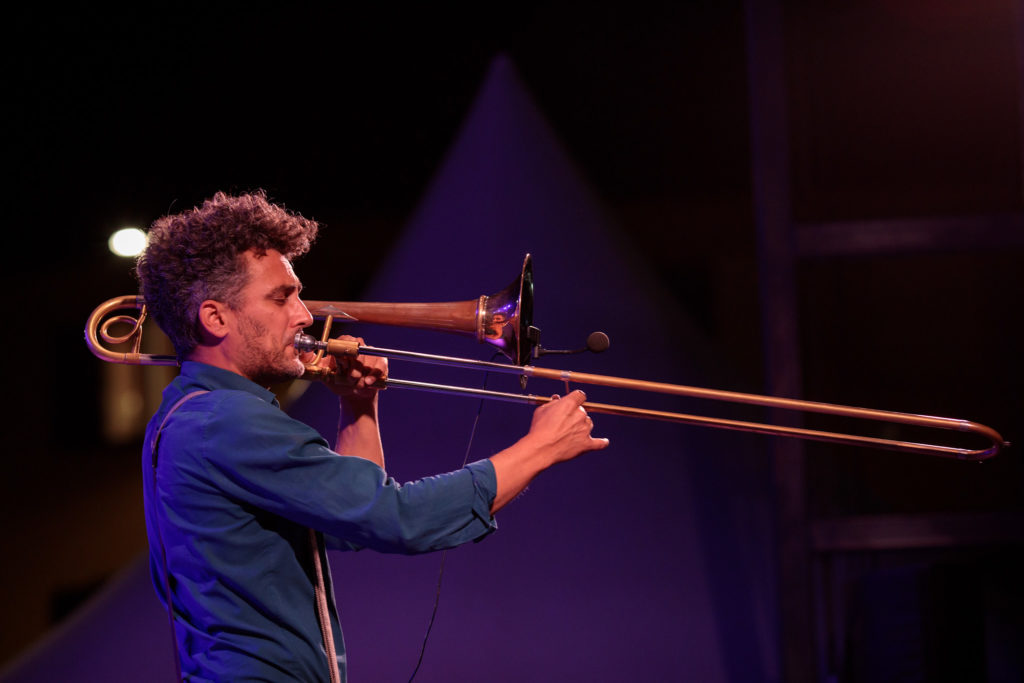 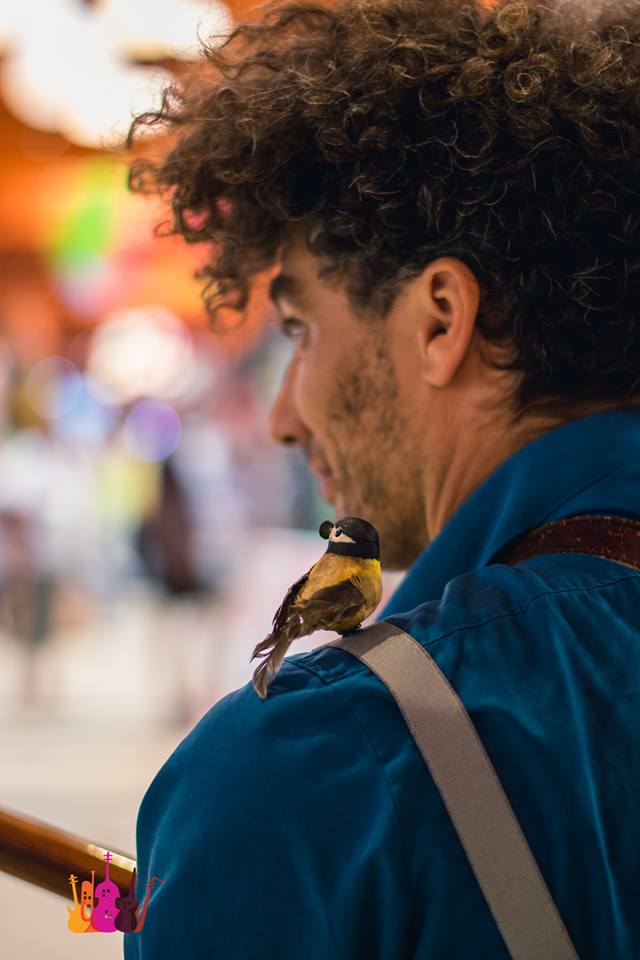 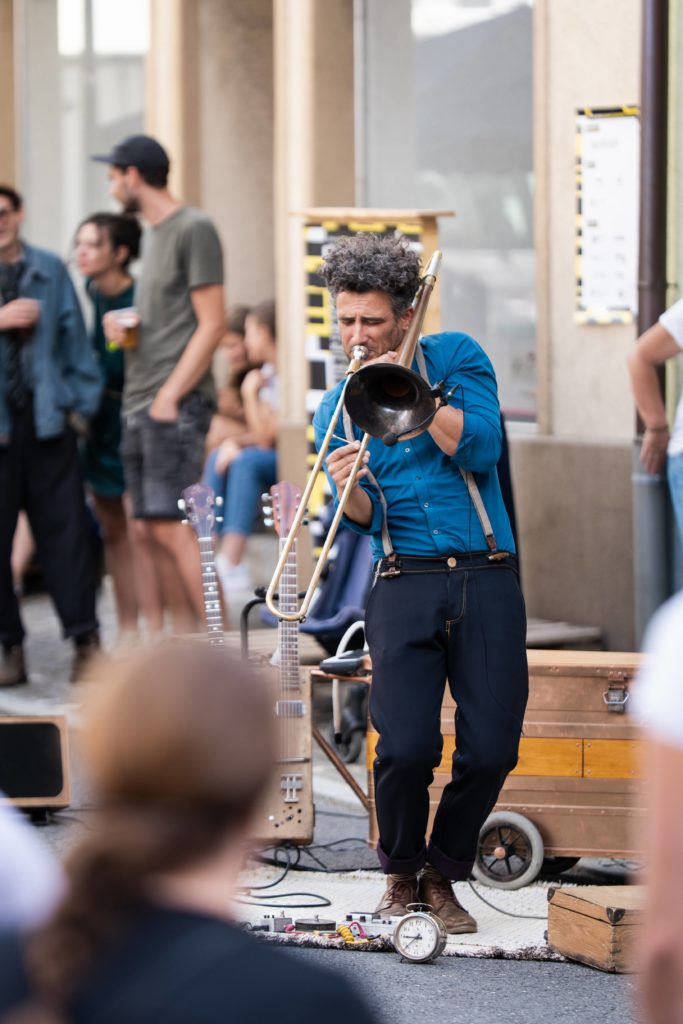 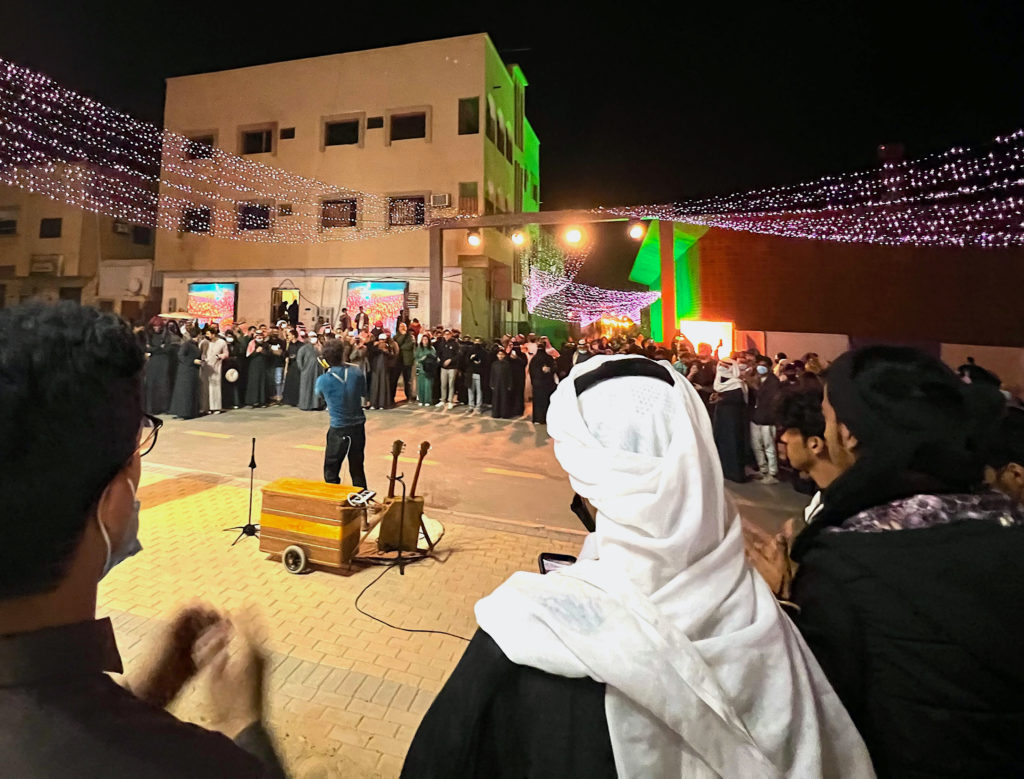 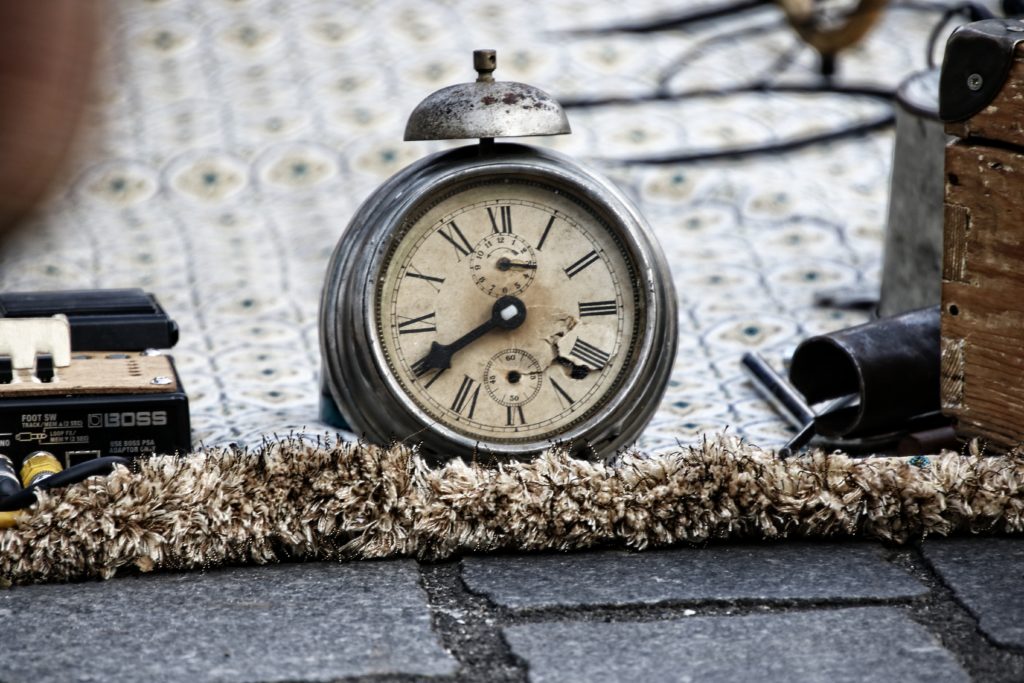 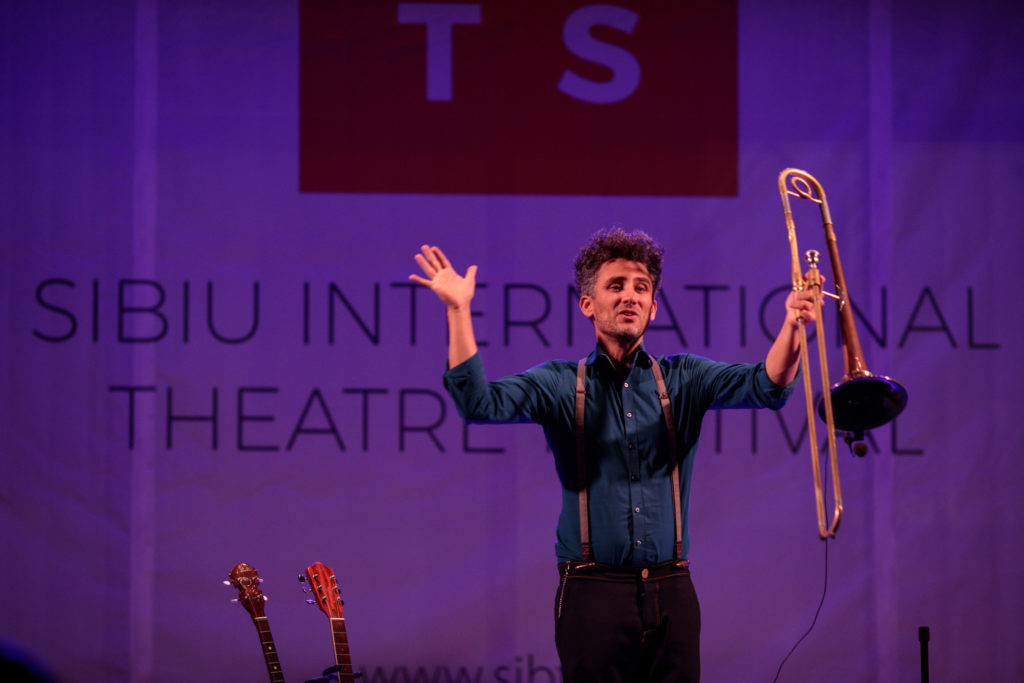 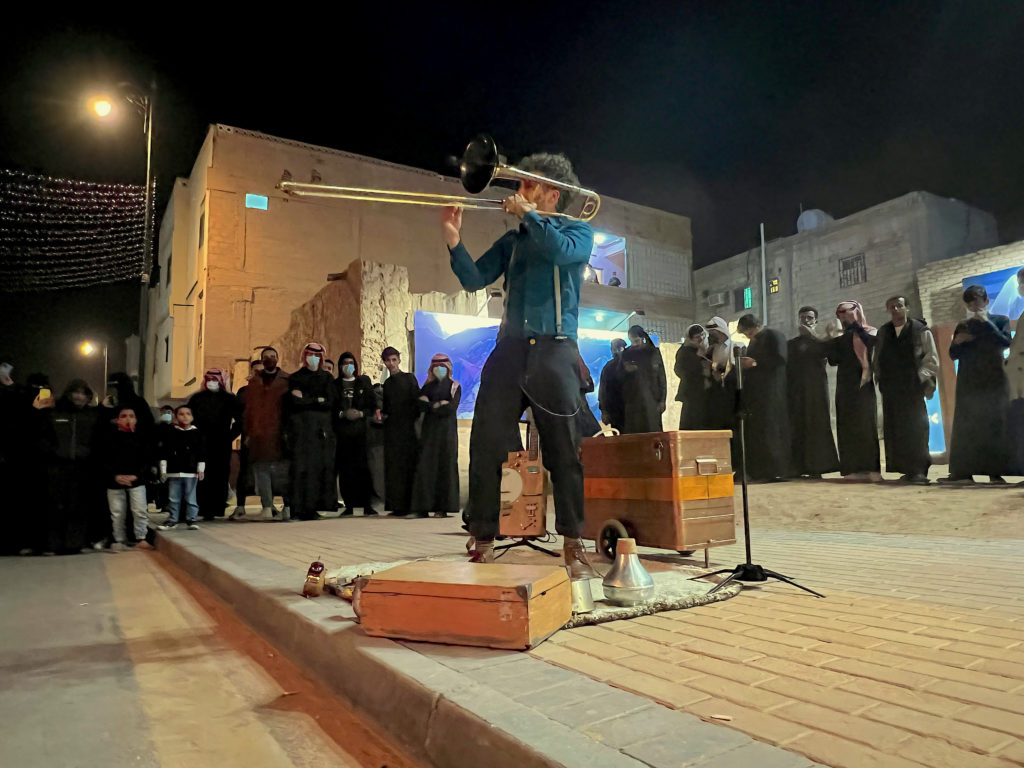 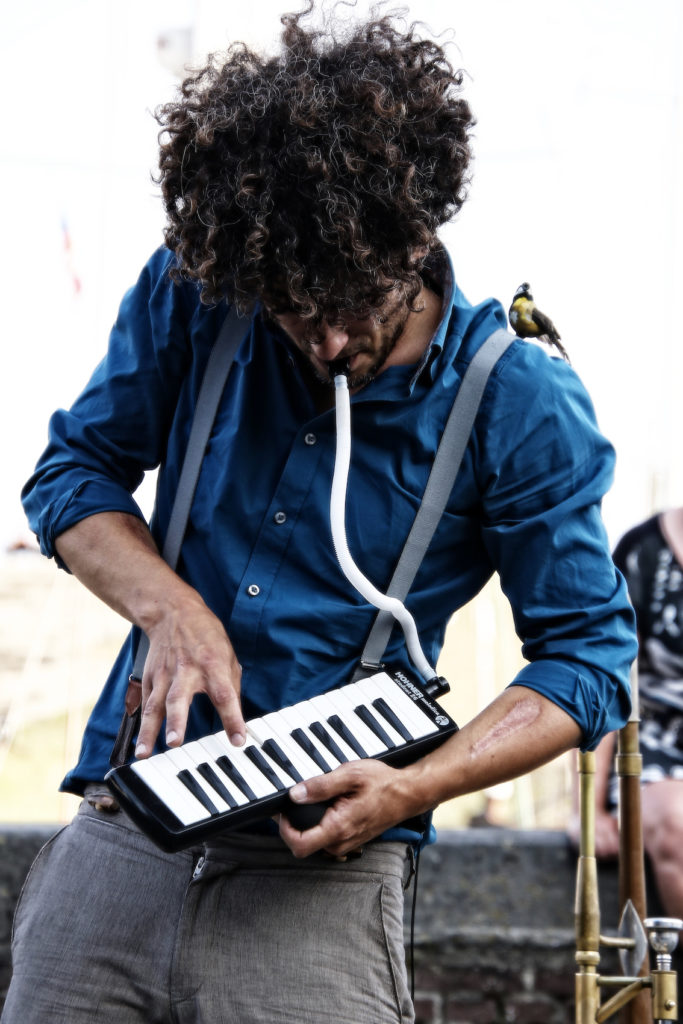 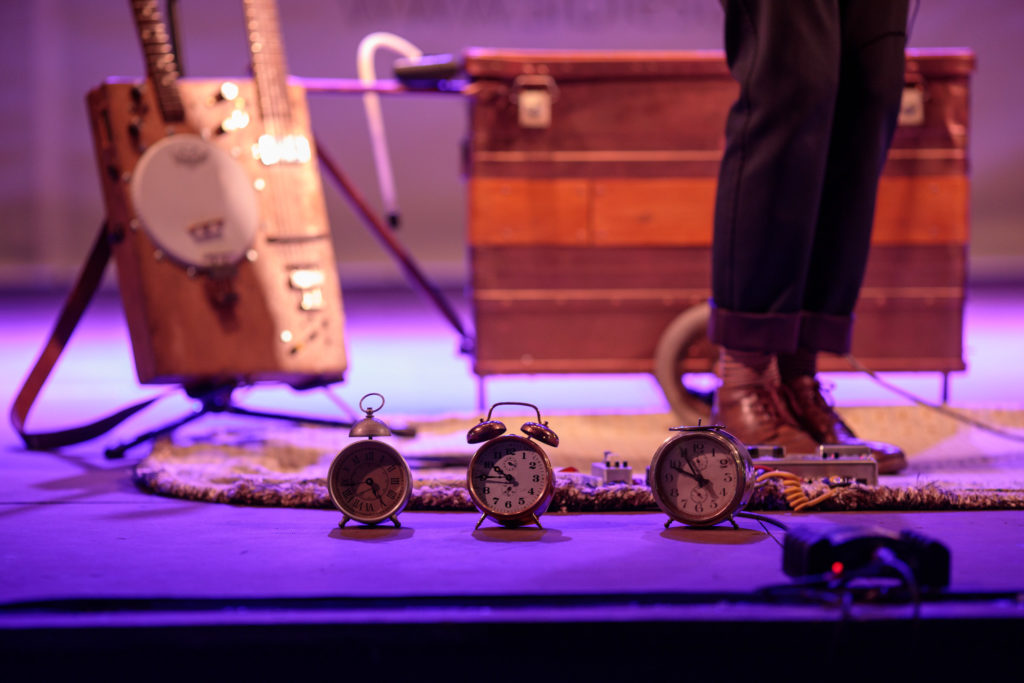 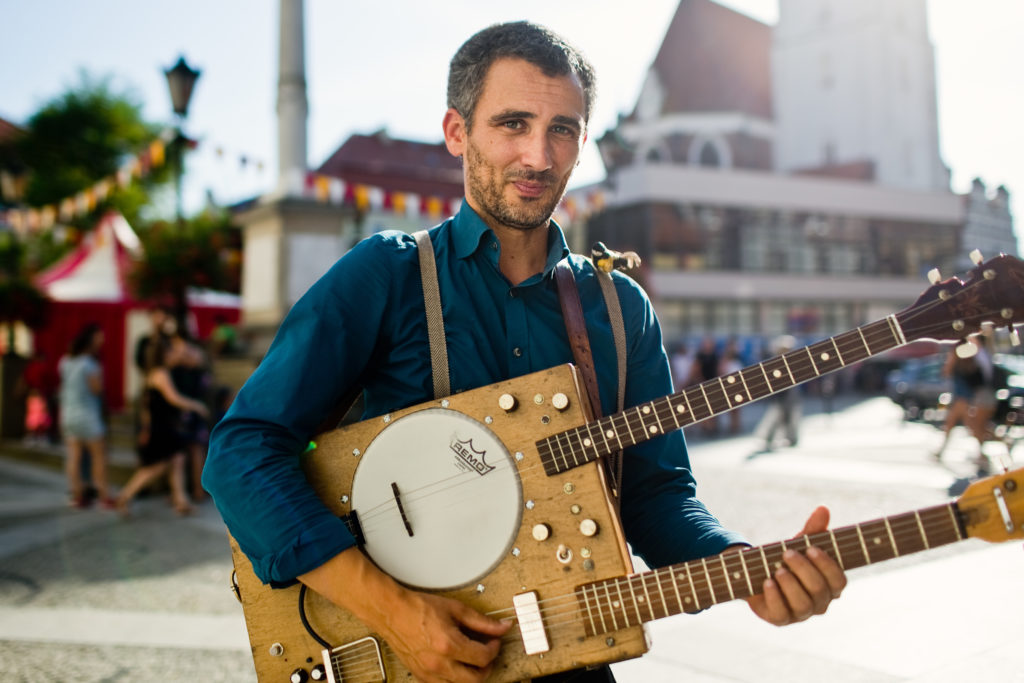 Born in 1983, South of France, he studied guitar and trombone in the modern music training center called “Pro Musica” in Le Thor, then in the national conservatoire of Marseille and Avignon. Besides his musical studies he got in the world of theater by working as a stage manager for the “Badaboum Théâtre” in Marseille (theater for children). He has played and recorded with numerous bands of contemporary music: from Funk, cumbia, hip-hop, reggae, salsa, jazz-fusion, ska-rock, brass band to traditional music of Burkina Faso.

In 2009, he created his solo project « The imaginary orchestra » combining several instruments and mixing them by means of a pedal tape recorder (loop-station). He started playing in the streets and to tour internationally as an artist. Over the years this has led him to meet multiple artists of different backgrounds and to collaborate in different disciplines including circus, dance, cinema, street theatre, painting, poetry.

In 2013, he met the circus artist Torpeza Ritmika (clown and cyr-wheel performer) and created together « La Rosa de los Vientos » with which they toured extensively. In 2016 the duo collaborated with the Swiss comedian Markus Schrag and created the trio “ Mägic Hene and Friends “ with whom they have participated in numerous festivals and cabarets in Switzerland.

Eric continues to travel the world with “The imaginary orchestra” and is constantly inspired to create new music.
Eric has played in many street festivals in 25 countries all over the world.

(more info when mousing over)

* Festival do circo do Ceará, Fortaleza 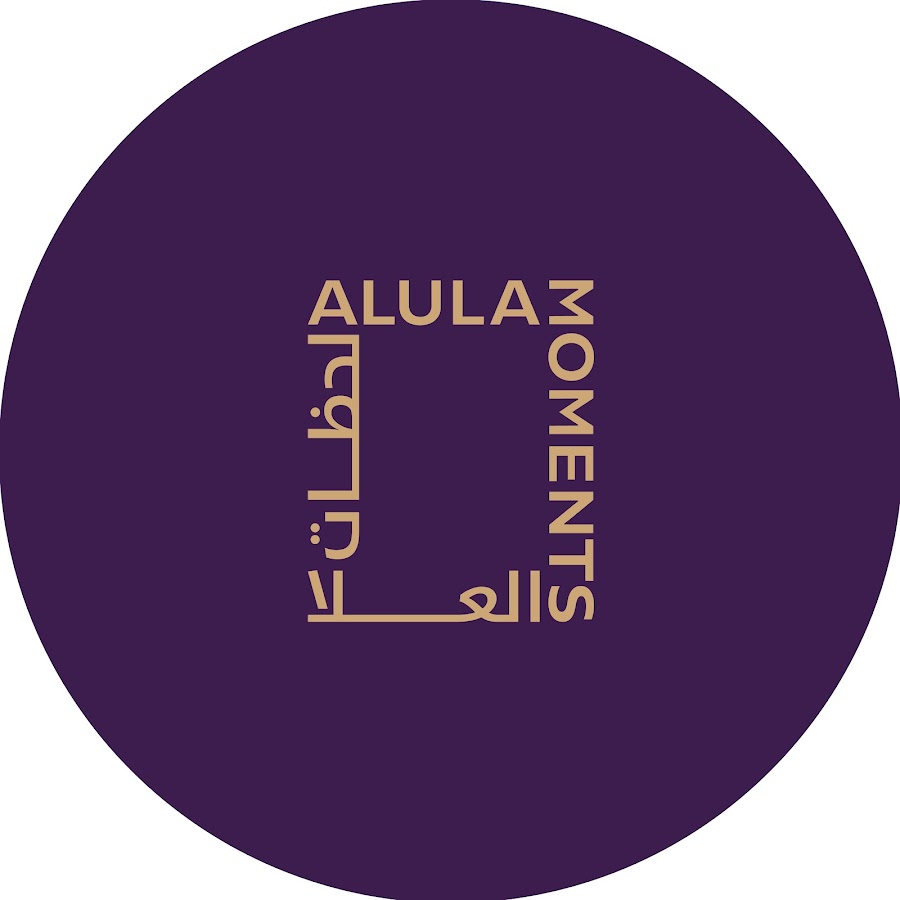 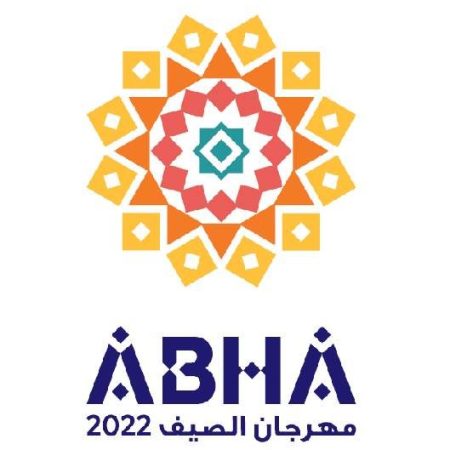 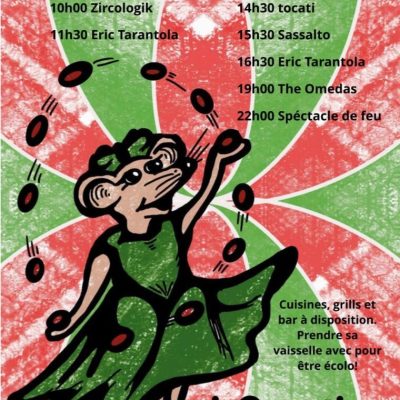 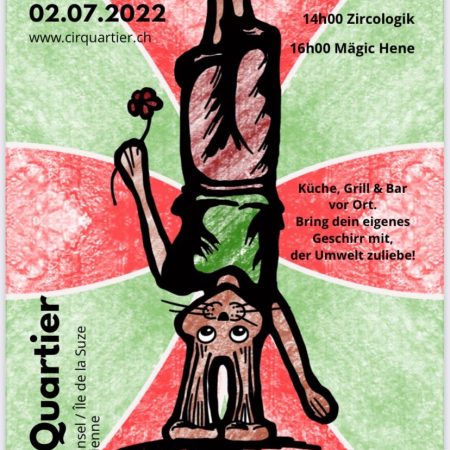 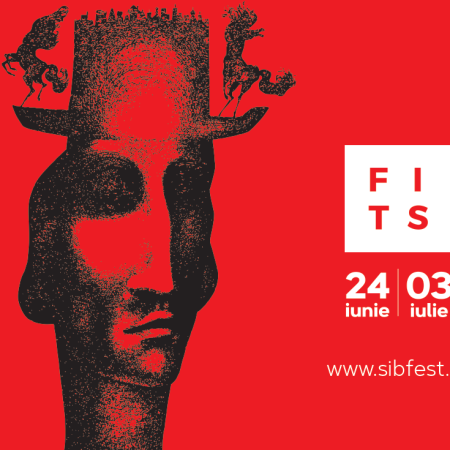 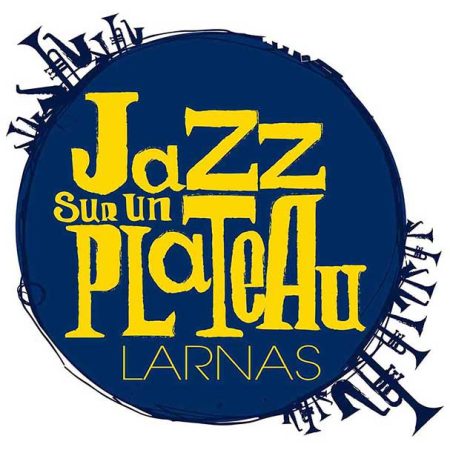